Paulding County Rotary Club president Travis Miller welcomed guests from Dallas & Hiram Law Enforcement and the Paulding County Fire Department. Today the Paulding County Rotary Club honored members of our local emergency response personnel with the "Service Above Self Awards". The Rotary Club motto of service above self is expressed in these awards as they are awarded to emergency responders who go above and beyond the role of their normal duties. Chief of Police for the City of Hiram was the first to take the podium and announce the first award.
Hiram Chief of Police, Todd VandeZande, took the podium and thanked the Rotary Club for their continued yearly support and the opportunity to highlight an officer that exemplifies dedication to the community. Chief VandeZande announced that Officer Joseph Cross was selected as "Officer of the Year" and will receive the "Service Above Self Award". Officer Cross, along with his supervisor, Sgt. Joshua Lonergan, have consistently devoted themselves to building respect with the community. 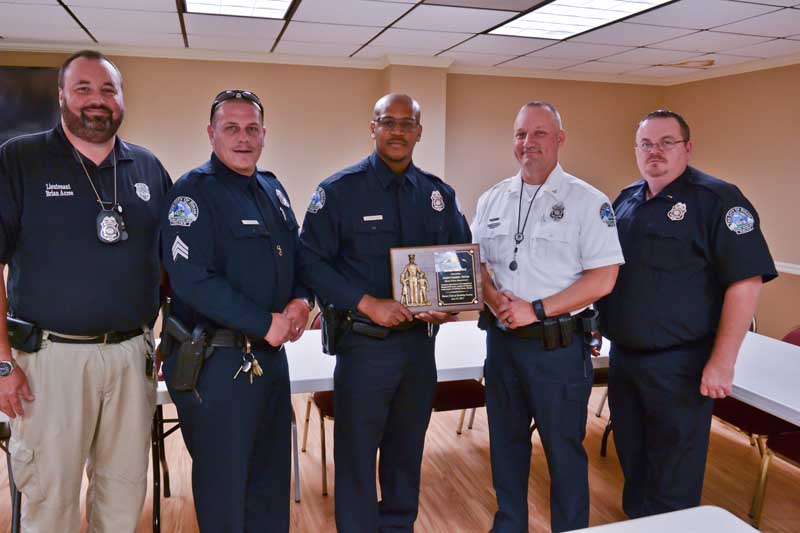 Deputy Chief Greg Elsberry of the Paulding County Fire Department took the podium next. Deputy Chief Elsberry announced that Lieut. Mark Morgan was chosen to receive this year's annual "Service Above Self Award". Deputy Chief Elsberry made note of Lieut. Mark Morgan's 25-year career service as a firefighter. From the beginning, as a volunteer firefighter, Lieut. Morgan has been devoted to the Fire Department of Paulding County through his service and continued support for training firefighters. 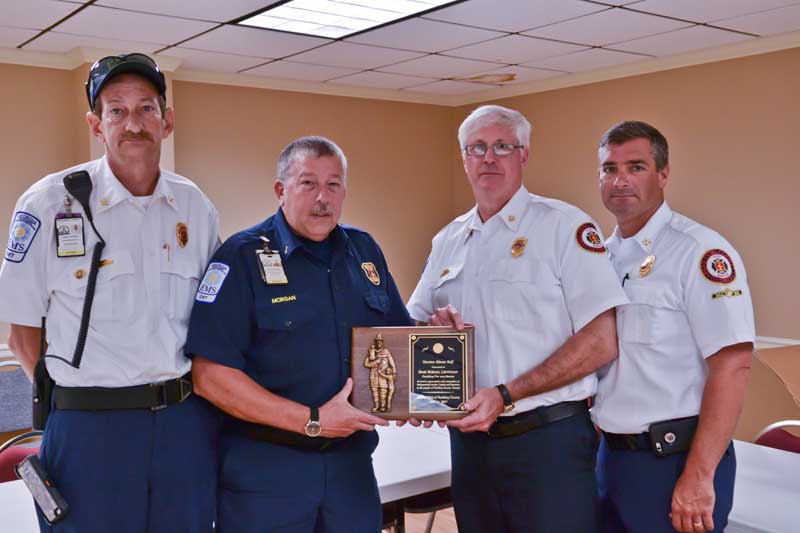 Dallas Chief of Police, Scott Halter, took the podium and expressed his gratitude for the continued support of the Paulding County Rotary Club and the opportunity to present the award for the Officer of the Year. Chief Halter announced Sgt. Betty Murray of the Dallas Police Department as the recipient of the Service Above Self Award for Officer of the Year. Sgt. Murray was unable to attend due to personal scheduling. Police Chief Halter expressed gratitude towards Sgt. Murray for her dedication and steadfast work ethic. 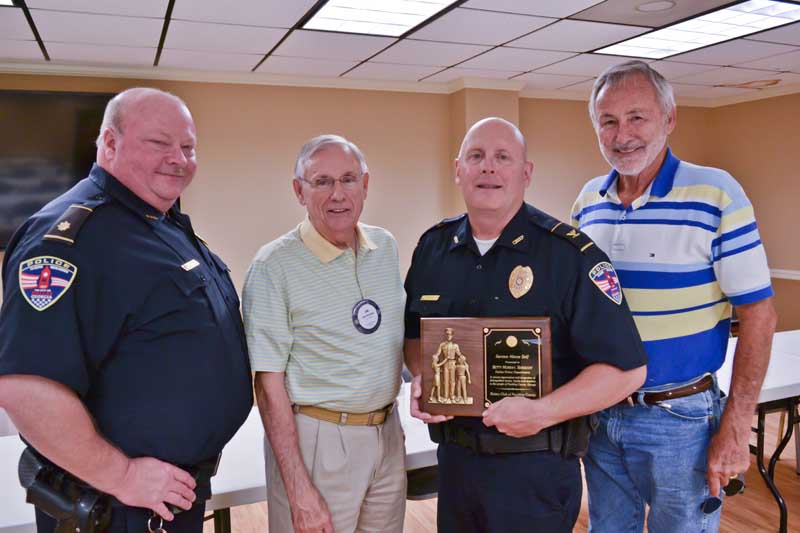